IMDb: 7.5 1999 116 min 23 views
An African-American Mafia hit man who models himself after the samurai of old finds himself targeted for death by the mob.
CrimeDrama

IMDb: 8.7 1999 136 min 481 views
Set in the 22nd century, The Matrix tells the story of a computer hacker who joins a group of underground insurgents fighting the vast and ...
ActionScience Fiction

IMDb: 7.9 1999 92 min 208 views
Andy heads off to Cowboy Camp, leaving his toys to their own devices. Things shift into high gear when an obsessive toy collector named Al ...
AnimationComedyFamily

The Adventures of Elmo in Grouchland 1999

The Adventures of Elmo in Grouchland 1999

IMDb: 5.8 1999 73 min 103 views
Elmo loves his fuzzy, blue blanket, and would never let anything happen to it. However, a tug-of-war with his friend Zoe sends his blanket to a ...
AdventureComedyFamilyFantasyMusic

IMDb: 7.1 1999 114 min 194 views
A group of American soldiers stationed in Iraq at the end of the Gulf War find a map they believe will take them to a huge cache of stolen ...
ActionAdventureComedy

IMDb: 6.5 1999 136 min 276 views
Anakin Skywalker, a young slave strong with the Force, is discovered on Tatooine. Meanwhile, the evil Sith have returned, enacting their plot for ...
ActionAdventureScience Fiction

IMDb: 4.2 1999 82 min 163 views
Luc Deveraux, the heroic former Universal Soldier, is about to be thrown into action once again. When Seth (Michael Jai White), the supercomputer ...
ActionScience Fiction

IMDb: 7.3 1999 97 min 171 views
On the first day at his new school, Cameron instantly falls for Bianca, the gorgeous girl of his dreams. The only problem is that Bianca is ...
ComedyDramaRomance

IMDb: 7.5 1999 188 min 371 views
Indian-based traditional family of Pundit Darbar (Vikram Gokhale) gets a visit from Sameer Rafilini (Salman Khan), from Italy, who has come as a ...
ComedyDramaMusicRomance

IMDb: 7.1 1999 100 min 516 views
With friends like these, who needs enemies? That’s the question bad guy Porter is left asking after his wife and partner steal his heist ...
ActionCrimeDramaThriller 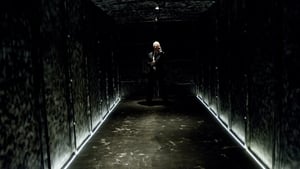 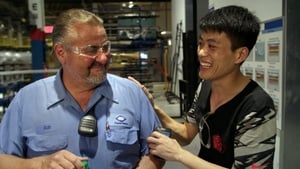